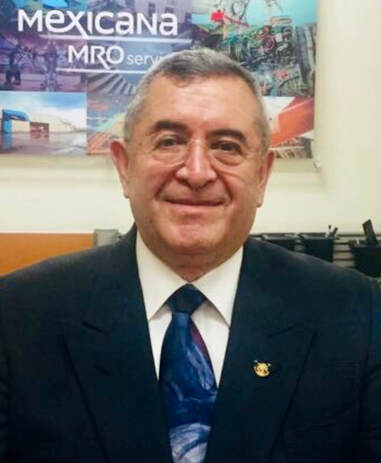 Lieutenant General M. C. Víctor Manuel Rico-Jaime graduated from the Military School of Medicine, Mexico in 1979, going on to obtain further Board Certification as a specialist in Occupational Health. Additionally, he gained an MSc in Aerospace Medicine in 1983 from Wright State University of Dayton, Ohio, USA, completed a course in Administration of Health and Hospital Services in 1989 at the College of Galilee, Israel,  and in 1999 a Master’s in Military Administration for Homeland Security and National Defense from the National Defense College, Mexico.

Following retirement from the Mexican Air Force, General Rico-Jaime worked for the Military Health Directorate, National Defense Secretariat, heading up the Office of Technical and National Coordination of Teaching and Research until 2002; and as Chief of the Aerospace Medicine Office from 2003 to 09/2004; after which he was Director of the Mexican Air Force Base No. 1 Military Hospital until 2006. Additionally, in 2002, he became the founding President of the Mexican College of Aerospace Medicine, and more recently in 2016 he contributed to the founding and was General Director of the International Academy of Social and Health Sciences (IASHS), a private initiative developing and delivering clinical and aeromedical courses and certification in the social and aerospace fields, and is also General Director of the Medical Technological Innovations of the Future enterprise.