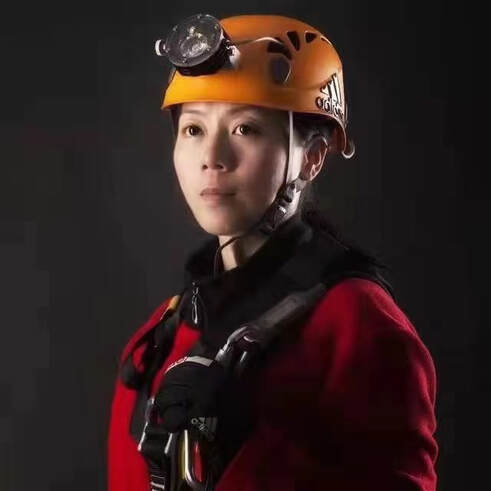 Jia Liu is a pioneering cave explorer in China and has more than 17 years of cave exploration experience. In 2016, she was nominated as one of the Top Ten Explorers in China by National Geographic (China). She holds several positions, including Vice Captain and Technical Head Coach of the Chongqing Cave Expedition Team, as well as being a Member of the China Science Adventure Association  and the Explorers Club (New York, USA). Currently, she is also involved as a technical contact for the Ursa Minor space station programme.

From 2007 to 2009, Jia Liu was the record holder for the deepest vertical hole in China. She led and participated in the six explorations of the Wanzhang Pit in Fuling, Chongqing, with a measured depth of 841 meters.

In December 2016, she became a Trainer for the China Aviation Training Center, and in September 2017, she starred in China's first caving documentary "Extreme Darkness" and was invited to Ulsan, South Korea to participate in the Asian Mountain Film Festival.  In March 2018, in a cooperative exploration project involving China, Canada, Portugal, France and Italy, Jia Liu explored the Shuanghe cave system in China’s Guizhou Province, which is named as the longest cave in Asia. In 2019, she was invited to become the astronaut cave training officer for the China National Space Administration.