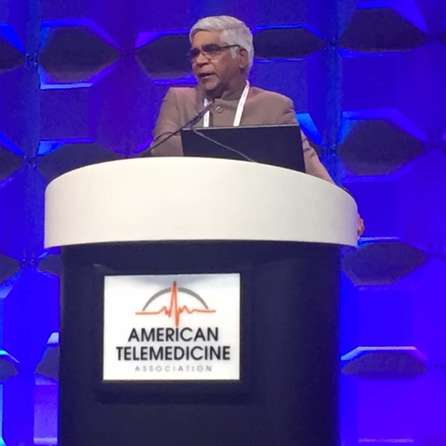 During the last 46 years, Dr Ganapathy has presented 563 papers in national conferences and 186 in International conferences. He has published 118 scientific papers, 177 articles in magazines and newspapers and 19 chapters in text books. He was also guest editor for two special supplements of a national and international journal and has edited a book on Health IT. He is Member of the Editorial Board of 4 International and 3 National Journals in Telemedicine and Neurosciences, and reviews articles for 15 journals in total. Formerly a member of the Advisory Committee, Dept of Science & Technology for the Govt. of India, he is currently a member of the BIRAC committees, (Biotechnology Industry Research Assistance Council - GoI) reviewing research projects for funding. He is a Founder President of the Apollo Telemedicine Networking Foundation (ATNF) India, which has been selected by Columbia University as a case study to demonstrate global best practices. Dr. Ganapathy is also on the WHO Roster of Experts on Digital Health.