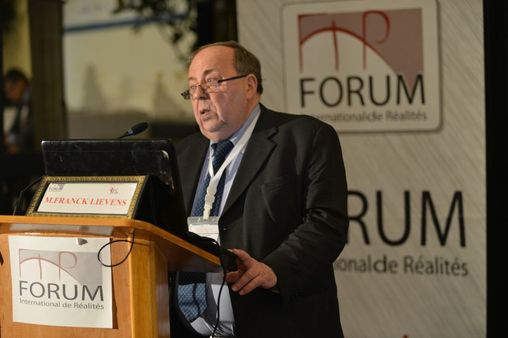 Mr. Frank Lievens, having attained a Master’s in Economic and Diplomatic Sciences from the ICHEC in Brussels (Belgium), has made his mark as one of the leading forces behind the dissemination of knowledge and experience in Telemedicine and eHealth at a global level.

He has been a Board member of the ISfTeH (International Society for Telemedicine & eHealth) since 2003, first elected as Treasurer, and subsequently as Secretary-Treasurer in 2007 and 2012. Since 2016, he has operated as Executive Secretary within the frame of the ISfTeH Board Management.

Frank has attended numerous Telemedicine Conferences and Events around the world, giving presentations related to the Global Vision of Telemedicine/eHealth in more than 46 countries throughout Asia, Africa, North America, South America, Europe and Australia. He is also Director of the Med-e-Tel conference, held annually in Luxembourg and attended by global leading experts, corporations and organisations.

Over a period of 15 years, Frank Lievens has been instrumental in establishing contacts for the ISfTeH with several International Organisations and Institutions, Professional Associations and Telemedicine/eHealth Experts, and has contributed to a sustained expansion of the Society, in harmonious and efficient collaboration with the other Board Members and Coordinators of the Working Groups.
​
In addition, Frank is Managing Director of two private companies, Lievens-Lanckman BVBA (Belgium) and Akromed France (France).