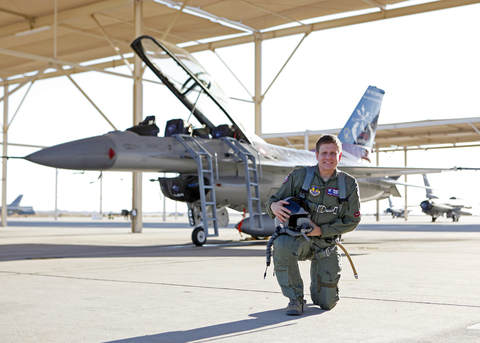 Dr. Holland has served in the USAF for over 15 years, being a Senior Reserve Officer to the Chief of the 711th Human Performance Wing, Warfighter Readiness Research Division at Wright Patterson Air Force Base; a Dep. Director, Education Division; & ultimately a Senior Reserve Officer in the USAF Test Pilot School. He is a pilot, research pilot, and test engineer with over 2,000 hours of experience flying in over 30 aircraft in many roles. Dwight has also taken part in a remote Antarctica expedition as a Geophysicist, during which he lived in an unheated tent for 3 months and flew on sorties to off-site areas nearly every day.

He has chaired over 50 panels at international conferences, and has over 100 academic presentations, abstracts and publications to his credit. The book he co-authored, titled "Breaking the Mishap Chain (NASA, 2012)," was recommended by Smithsonian's Air and Space Magazine as a "book to buy" and has received strong academic reviews.

He has been a NASA/Stanford Faculty Fellow, a Virginia Tech Cunningham Fellow, and taught the inaugural course on UAS Systems Safety Management for the University of Southern California in Los Angeles. He has long been interested in spaceflight, as evidenced by chairing a session and giving 2 papers at the Founding Mars Society Conference over 25 yrs ago, and serving on one of NASA's late 1990's Long Duration Spaceflight Working Groups to assess technical factors for future Mars and deeper space missions, with many more recent panels and presentations in multiple countries to his credit.